By David A. George

When I post on Facebook, what actually happens? Do all my fans see it? Do I need a certain amount of engagement first? I mean – there have be some rules to this thing, right?

Well, in the past, these questions have been governed by what was known as Facebook’s EdgeRank. This is just a big fancy word for the math equation used to determine what we see or don’t see in our Facebook News Feed.

But not anymore! Facebook is pulling a little switcheroo on how their News Feed works – so we better start taking some notes.

According to a Facebook spokesperson, “EdgeRank is a name for one of the early News Feed algorithms, that we occasionally still see used by the press to refer to all the algorithms that power News Feed. It is not a word that we use internally because it doesn’t capture how today’s News Feed algorithms, which take into account a variety of social factors, work.”

Here are the most important things you need to know about the Facebook News Feed updates:

1. The new algorithm is always changing 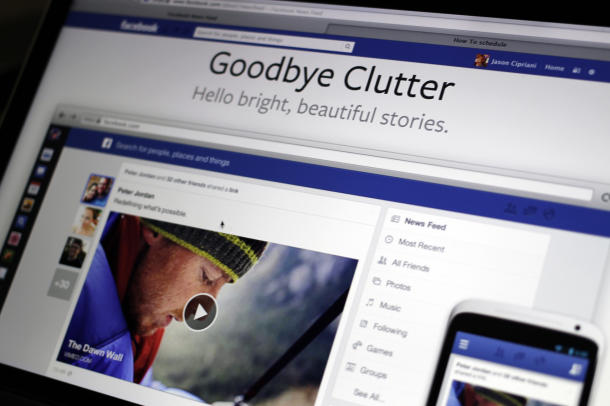 Yesterday Facebook introduced the idea of the Last Actor. The idea behind it is to help control the voluminous amount of stories that flow into your News Feed.

Because our News Feeds are full of many different posts that we’re interested in – businesses, friends, family, etc. – we often don’t have enough time to see all of them. Because of this, Facebook has designed its new algorithm to “listen” to user feedback (or at least the last 50 interactions). The goal is to make our News Feed “smarter” by letting us decide who and what to connect with, based on who we Like, comment on, and share with most frequently.

I alluded to this at the end of the last takeaway, but here’s a little more of an explanation on how users interact with your content:

– Users can Like your content. This concept is nothing new, but it has more resonance now. When you Like something now, this tells your News Feed that you want to see more things related to that.

– Users can “hide” your content. Now that would be a nightmare, wouldn’t it? When you hide content on your News Feed, you are essentially saying, “please display less of this content in the future.”

Both of these features working together allows the Facebook News Feed to prioritize which posts to show a specific user.

It seems like the ultimate bottom line for News Feed success is to design your Facebook posts around one scenario – engaging your fans. Okay, I know this is a no-brainer, but Facebook is now placing more emphasis than ever before on interacting with your fans.

It’s crucial to place an increased importance on making posts that will get people Liking, commenting, and sharing more. As they do, your posts will appear in more News Feeds more often.

Have you ever left your News Feed open for a while but not paid attention to it? Then when you come back, the Feed refreshes, and all the stories that happened while you weren’t active are now pushed to the bottom, usually never to be seen?

This happens because a typical post decays after about 3 hours thanks to Facebook’s Time Decay metric. This Time Decay also keeps most people’s News Feeds from containing old content. Facebook is tackling this problem that a lot of users experience with something called Story Bumping.

Check this out – if people don’t scroll down their News Feed far enough to see your brand’s most recent post, or if lots of stories flow into their News Feeds while they are away, Facebook’s new Story Bumping feature allows older content to reappear at the top of a user’s News Feed later.

According to Facebook, early tests for this feature show that Facebook users read about 70% of the posts in their News Feed, an increase from a previous 57%. 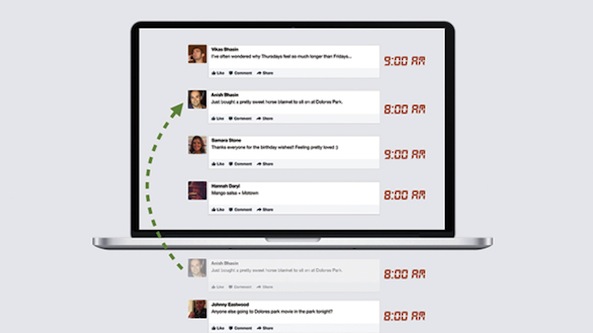 Currently, these News Feed updates do not affect paid advertising, BUT there is a hidden benefit for advertisers with these improvements.

We already know that the News Feed is the most popular page on the internet, but as the Facebook News Feed keeps improving, people will trust it and pay attention to it even more than they have before. We’ve also seen through recent studies that News Feed ads have an ROI of 26x higher, and a CTR of nearly 20x higher than right-hand-side ads.

6. Is this the end of EdgeRank for good?

Fortunately, all is not lost for you EdgeRank enthusiasts.

In addition, you can now stay completely up-to-date on Facebook’s News Feed updates by checking out their new series of blog posts called News Feed FYI. These posts will focus on major algorithm changes and discuss the impetus behind them. Make sure to check them out on the Facebook for Business blog.

Your Turn – are Facebook’s News Feed changes headed in the right direction?

Do you think these are useful changes, or is Facebook just tweaking things for the heck of it? Share with us in the comments below!

David A. George I'm a UX + Growth Marketer passionate about people, music, intelligent UX, Android, and breathing underwater. I'd love to connect with you on LinkedIn, Twitter, and on my website.

BREAKING: 4 Things You Need to Know About the Facebook News Feed Updates

Why Facebook News Feed Contests Are Worthless (By Themselves)

News Feed Changes: The #1 Thing Fan Pages Must Do