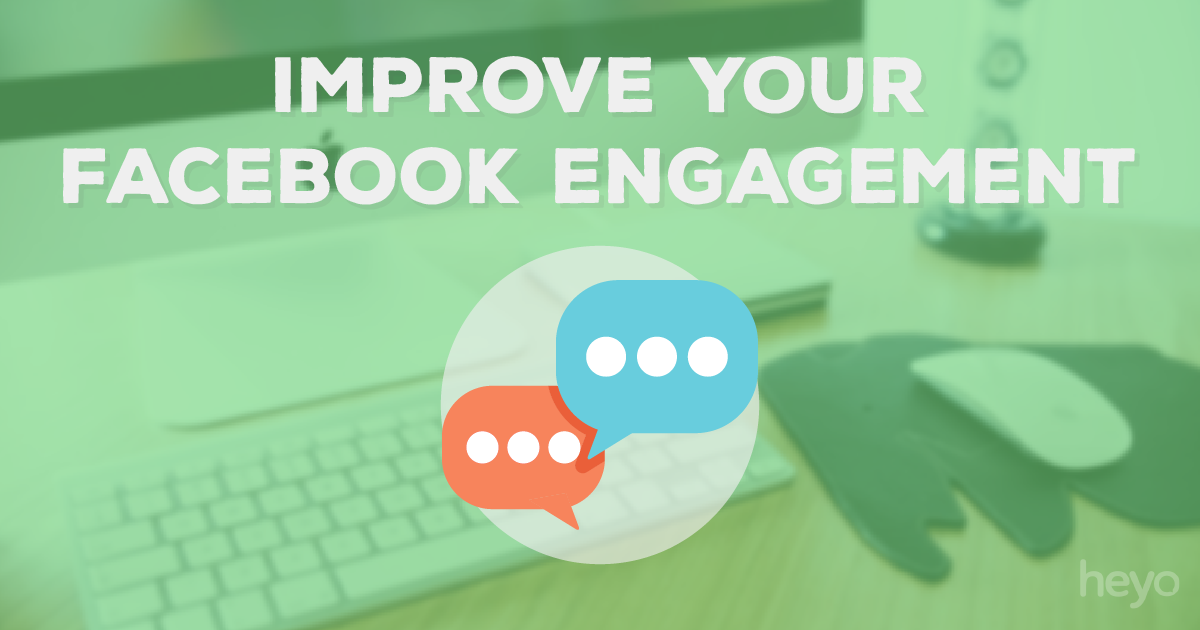 Wondering why your posts are not going viral on Facebook while your competitors’ posts are receiving hundreds and thousands of shares and comments? It hardly has anything to do with luck.

If your Facebook page isn’t growing the way you have expected, you are not alone. Many businesses are abandoning Facebook completely due to lack of growth and user engagement. But honestly, abandoning Facebook is just a bad idea. Why? Simply because with more than 1.5 billion users worldwide, its growth potential is huge. According to a 2015 Social Media Examiner report, Facebook along with LinkedIn is one of the “most important social networks for marketers.”

In fact, the report indicates that 52 percent of marketers opted for Facebook when they were asked to select just one platform. Many still argue that Facebook has a rather slow user growth. While it is true that the monthly active users’ growth for Facebook is rather slow (a 13.4 percent year-over-year growth as of December 2014), there are other statistics you should not overlook. Facebook has a solid user growth with other associated businesses such as Instagram, Messenger, and WhatsApp. As a result, this social networking site continues to be one of the leading social channels when it comes to monthly active users.

The answer lies in your user engagement. Are your reaching out to the right people? Are they interacting with your posts?

The average mobile user engagement on Facebook is over seven hours, which happens via both browsers and apps. In comparison, the average engagement of mobile users on Twitter is just two hours in a month. It is nearly an hour for Pinterest and 68 minutes or Tumblr. Facebook therefore provides enough opportunity for marketers to gain portfolio exposure for their brand.

But then why many brands are still struggling with Facebook engagement? The truth is, most of them only speak about their products. While people who are following your brands on Facebook are interested in your products or services, they really don’t want to hear about them all the time. They don’t come to Facebook or any other social networking sites just to see advertisements. Instead of bombarding them with advertisements and promotional content, focus on your content. Make them both relevant and personal so that your users are motivated to interact with your content without being pushed.

Here are 3 strategies you can implement today to improve your Facebook engagement and growth.

A successful social media agency knows the benefits of balancing different types of content. People don’t like to read same type of content over and again. They look for variety; if all your posts on Facebook have similar look and feel, chances are users will start passing them over soon enough for something more interesting. To improve your user engagement, make your Facebook page more interesting.

Use different types of content forms to your advantage. Share photos, infographics, links, videos, articles, questions and so on. See the type of content that your fans best engage with. You can leverage the data provided by Facebook’s Page Insights to identify the types of posts that achieve greater user engagement on this social networking site. This will help you take out the guesswork and focus more on the type of content that your fans prefer the most.

Using emoticons in your posts to express enthusiasm and emotion behind your posts and making them as humane as possible is also a great idea. According to Hubspot, using a face emoticon “can increase likes by 57 percent, comments by 33 percent and shares by 33 percent over posts without them.”

2. Photos can Save Your Day

The research also finds that photos are the most engaging form of content on this social networking site, achieving 87 percent of user interaction rate. It is therefore no surprise that companies offering social media marketing services largely depend on photos to generate user engagement.

Whole Foods, for example, use photos to solve problems of their fans. They use simple images along with captions showing solutions to general problems faced by their fans to improve their daily lives. The company, as a matter of fact, has also received significant marked engagement using this strategy.

Use larger images as they are more likely to receive more likes, comments and shares. Also, it is better to upload photos/videos and publish them directly into your post rather than posting a link with a thumbnail.

Another way to leverage photos is to crowdsource your photo captions. National Geographic is using this strategy for their Facebook marketing. They ask their fans on this social platform to write captions for their photos and many of their posts have received more than 250,000 interactions. To leverage this strategy, use provocative and/or inspiring images that trigger the emotions of your fans. And to boost your user engagement, don’t forget to offer an incentive or a reward at the end of the campaign.

3. Find the Right Time to Publish Your Posts

According to KissMetrics the best time to post on Facebook is around noon and a little after 7 PM. And the best day to share your post of Facebook for maximum interaction is on Saturday. However, JeffBullas suggests that marketers should post content during the ‘non-busy’ hours when fans are not busy at work. They suggest the 8PM to 7AM is the best time for posting on this social platform to get maxim numbers of likes, shares and comments. They found that posts made between these times receive around 20 percent more user engagement.

In addition, JeffBullas recommends marketers to publish their major content on Wednesdays and Sundays for better engagement. They argue that fan engagement is at least 8 percent higher than the average on Wednesdays. Also, limit your posts to one or two times a day for higher user engagement.

These are just a few ways you can tweak your Facebook marketing strategy to improve user engagement and there are more. Some of these strategies will work for you while others may not. But these three basic guidelines will surely help you increase engagement if you can properly implement them to spark your Facebook fans’ interest. But remember that it’s all about your fans’ preferences; do what they want you to do.

Vivek Patel is a Local Search Specialist at E2M, one of the fastest growing digital marketing agencies based in India committed to meeting the highest ethical standards of digital marketing services to encourage and drive strategic and sustainable business growth. He covers local search optimization and social media management services. You can find him on twitter: @vivekrpatel

71% of Facebook Marketers Forget to Implement This One Thing

How to Increase Fan Engagement on Your Facebook Page